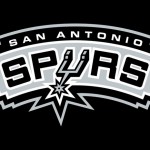 The Spurs are one of four former American Basketball Association teams to remain intact in the NBA after the 1976 ABA–NBA merger and the only former ABA team to have won an NBA championship. The Spurs' five NBA championships are the fourth most in history behind only the Boston Celtics (17), Los Angeles Lakers (16), and Chicago Bulls (6). The Spurs currently rank second among active franchises for the highest winning percentage in NBA history trailing only the Los Angeles Lakers, and are the only team in the NBA with a tied or better head-to-head regular season record against every active NBA franchise. 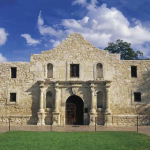 The Battle of the Alamo (February 23 – March 6, 1836) was a pivotal event in the Texas Revolution. Following a 13-day siege, Mexican troops under President General Antonio López de Santa Anna launched an assault on the Alamo Mission near San Antonio de Béxar (modern-day San Antonio, Texas, United States). All of the Texian defenders were killed. Santa Anna's cruelty during the battle inspired many Texians—both Texas settlers and adventurers from the United States—to join the Texian Army. Buoyed by a desire for revenge, the Texians defeated the Mexican Army at the Battle of San Jacinto, on April 21, 1836, ending the revolution. 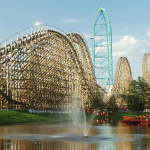 With more than 50 amazing rides, slides, shows and attractions including eight exhilarating coasters, Fiesta Texas is the perfect day-cation getaway that is always close to home.Come see why Six Flags Fiesta Texas has been voted America’s favorite show park with live entertainment and award-winning shows! 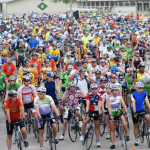 The Hill Country Sports Association is proud to present the 2014 Fiesta Wildflower Ride. The cycling community along with San Antonio and its many visitors will have a fun family event for 2014. Participants and spectators alike anticipate a memorable experience to wrap up Fiesta activities. 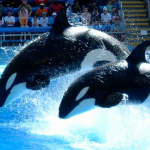 Helping that jewel to shine bright is SeaWorld® San Antonio, where you and your family can share an amazing experience of the sea and sea life.

Challenge yourself to thrilling rides inspired by the force and power of the high seas. Explore the ocean’s playful side with awe-inspiring marine life productions. And discover your own personal connection to sea life through up-close animal encounters and immersive interactions.

Bring your family to SeaWorld, and come together like never before. 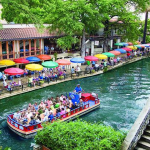 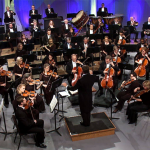 The San Antonio Symphony is a full-time professional symphony orchestra based in San Antonio, Texas, USA. Its season runs from late September to early June. Sebastian Lang-Lessing is Music Director. 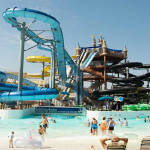 Come explore over seventy acres of shared family fun, thrilling adventure, and relaxation! Schlitterbahn New Braunfels, voted the World’s Best Waterpark for 16 years in a row, is nestled along the beautiful banks of the Comal River and features world famous attractions, epic river adventures, kids' water playgrounds, and beautiful spots to relax and share a picnic – there is truly something for everyone!

Stay just steps away from the fun at The Resort at Schlitterbahn New Braunfels! Find the perfect River Bend Cabin, Treehaus Suite, Schlitterstein Studio Loft, vacation home or hotel room just steps away from all Schlitterbahn waterpark has to offer. Enjoy exclusive benefits like waterpark admission from the day you check in to the day you checkout, early ride time on Master Blaster, Black Night and Wolfpack before the waterpark opens, free on-site parking, free tubes and free shuttle service. After a day of water adventure you can settle in for the perfect night of activities with movie nights, arcade, family volleyball and s ‘mores by the campfire. 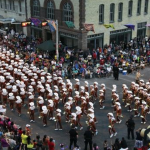 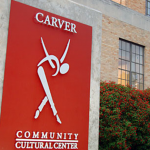 The Carver Community Cultural Center is a thriving hub for educational, social and cultural services on the east side of San Antonio serving the African-American community and broader reaches of the San Antonio metropolitan area. For over 75 years, the Carver has welcomed quality talent, such as Aaron Neville, Poncho Sanchez, Christian McBride, Stanley Clarke and Esperanza Spalding, as a part of its performance season. Celebrate and enjoy the creativity and joy of the human spirit presented at the Carver.

Your generosity makes a difference! Give Online